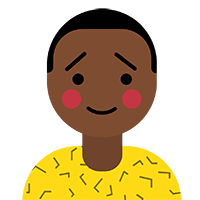 YoungGuy - I’m Worried About My Penis

Can I Change the Size?

I've been thinking a lot about my penis lately, especially since I read an article that said African men have bigger penises. You see, I've always been a bit worried that mine is not big enough but recently, this has been worrying me. A lot!

I don't think that I'm a mouse or anything, but in school when you're changing for football practise or whatever, you check out the other guys. You do it when you're doing up your laces so it doesn't look like you're checking them out. I don't know, but the other guys just looked - bigger.

I know everyone looks smaller to himself, because he's looking from above, so the angle makes it seem shorter, but still. I can’t help but wonder if I have enough? Added to my worries, my penis curves a bit. It bends to the left a bit when it is erect and that really worries me.

I tried different things - I used to try to pull it longer and bend it straight. Then I tried to massage it longer. I tried that every day. It doesn't really work, but it doesn't hurt, if you know what I mean.

What is a normal size exactly? I've measured myself so I know my figures. But I am worried I won’t measure up.

Penises come in all shapes, colours and sizes. Everybody’s penis is right for him. Also, each guy’s penis grows at its own pace. You cannot change the size of your penis so do not compare yourself with others. But you can keep it clean to prevent germs and protect it from STIs. And did you know that penises that are smaller when soft grow more when they get erect than those that are large when soft?

Need to know more about how your penis works and how to keep it sweet?